The Modern Mann 10 minute takeover of our Slough digital billboard 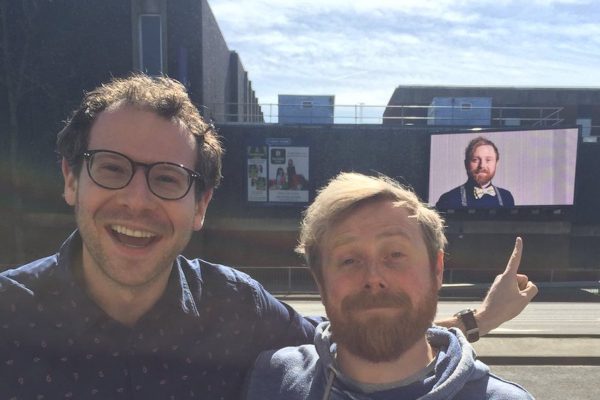 The Modern Mann 10 minute takeover of our Slough digital billboard

Advertising is no joke – but it doesn’t hurt to have a little laugh once in a while. In fact, one might argue that in an age where marketing and advertising are shifting to become more social and interactive, that we should be putting fun first a lot more than we are. Which is why, when The Modern Mann approached us about ‘taking over’ our digital billboard in Slough, we jumped at the opportunity to collaborate.

The Modern Mann What?

If you’re part of the podcast generation, you’d have to have been living under a rock not to have listened in to The Modern Mann. Podcast is radio gone digital – and Olly Mann, Ollie Peart and Alex Fox have taken over the airwaves with their tongue in cheek banter and irreverent commentary on today’s society. On 5 April this year, Ollie Peart staged an ambush of our digital billboard in Slough, plastering his face on the huge LED screen located on the A4 west bound London/Bath road. While debating the benefits of face gyms, and pondering the value of mining his own data.

It goes without saying that The Modern Mann chose the perfect location for their takeover. Our digital billboard in Slough is on a busy dual carriageway, situated opposite the largest Tesco store in the UK. Ollie’s face was seen no only by 120000 passing cars, but by a potential 70000 shoppers. Now that’s exposure!

Mass Media is really thrilled to have been in on the joke – advertising should be fun, and thanks to advancements in digital technology it can be. You can have a laugh and watch the video clip of Ollie’s face appearing on our billboard on Twitter. The Modern Mann is available for streaming on various apps, including iTunes and Spotify.

If you’re not sure how to start or what you need, simply call or fill in the
contact form and we will help you decide what will work best for you.

BUYING GUIDE
GET IN TOUCH